Following are a few of the most unusual varieties. If you come across these petals, their bizarre beauty may make you feel like you are on another planet!

Is that a monkey face in that orchid?

The Monkey Face Orchid offers features that resemble a primate’s eyes, eyebrows, nose and beard area. Particularly when viewed from a distance, it appears that a monkey is staring at you from the center of this beautiful bloom. You won’t find these primate flowers in San Francisco, CA, though. Look for them in Peru and Ecuador at high altitudes.

Does this one grow in caves?

As one of the planet’s biggest and most unusual flowers, the White Bat Plant is so named due to its black flowers. These strange blooms grow in clusters of 20 to 40 and look eerily like bats’ faces. The leaves above them resemble bats’ ears. No, they don’t grow from the ceilings of caves. However, they can grow to be more than three feet tall!

Are those petals or dancers?

Dancing Girls are tiny flowers, with blooms no longer than half an inch long. The petite petals resemble dancing ladies in dresses. The plants tend to trail and climb, so the dancers can often be viewed at eye level. Offering white or pink blooms, they grow well in hanging planters and are great indoor plants.

Will that thing eat me?

The Subterranean Plant looks like something out of a sci-fi movie. It grows underground and, after nearly a year, its flowers emerge from the soil, resembling a gaping mouth lined with teeth. It may look like a monster (and smell like one), but it produces delicious berries.

How many legs does that thing have?

The Spider Chrysanthemum sports far more than eight legs, but it is well named. Its multiple long, slender petals sprouting from the center will make you think of arachnids. It may also bring to mind something you’d encounter at the bottom of the ocean—or in outer space.

Why does that flower have fungus on it?

The Welwitschia is a true rarity. It looks as if fungus is growing on its flowers, but that’s simply the normal appearance of the plant. You definitely won’t find this flower in San Francisco, CA. The succulent only grows in one place: in the Namibia Desert between Angola and Namibia.

Would you like to learn more about unusual plants? Contact the knowledgeable florists at The Delicate Daisy – House of Flowers. Since 1939, our shop has been San Francisco’s premier locally owned and operated floral destination. A landmark of the Richmond District of San Francisco, our charming retail space is open to the public, and is filled with beautiful flowers hand selected from the flower market three times a week by our owner herself. Stop in and see what “aliens” you can encounter!

5
March 29, 2021 Luca Downes
"I was so happy that you had a lot of flowers to be chosen at your shop. I thanked your staff for helping me to choose what would be the best..."
February 16, 2021 David Goss
"Quality flowers and great arrangements."
January 28, 2021 Br¡an M
"I ordered an arrangement for friends from Delicate Daisy using the design examples on their website. The arrangement turned out beautifully..."
November 8, 2020 Bees
"My BFF bought me this beautiful bouquet from The Delicate Daisy. Roxy and her team have brought joy and beauty into the neighborhood for as ..."
October 14, 2015 Laura and Martin
"Thank you so much for the most beautiful and exquisite flowers on our wedding day. It was the most perfect day ever and you had a lot to do..."

For beautiful floral arrangements, there is no better name in the business than The Delicate Daisy – House of Flowers.

The Delicate Daisy - House of Flowers

Service by Appointment, Call for Details 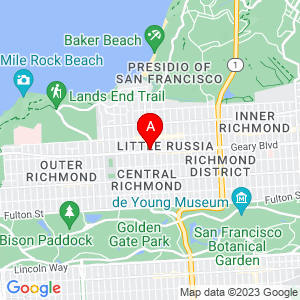